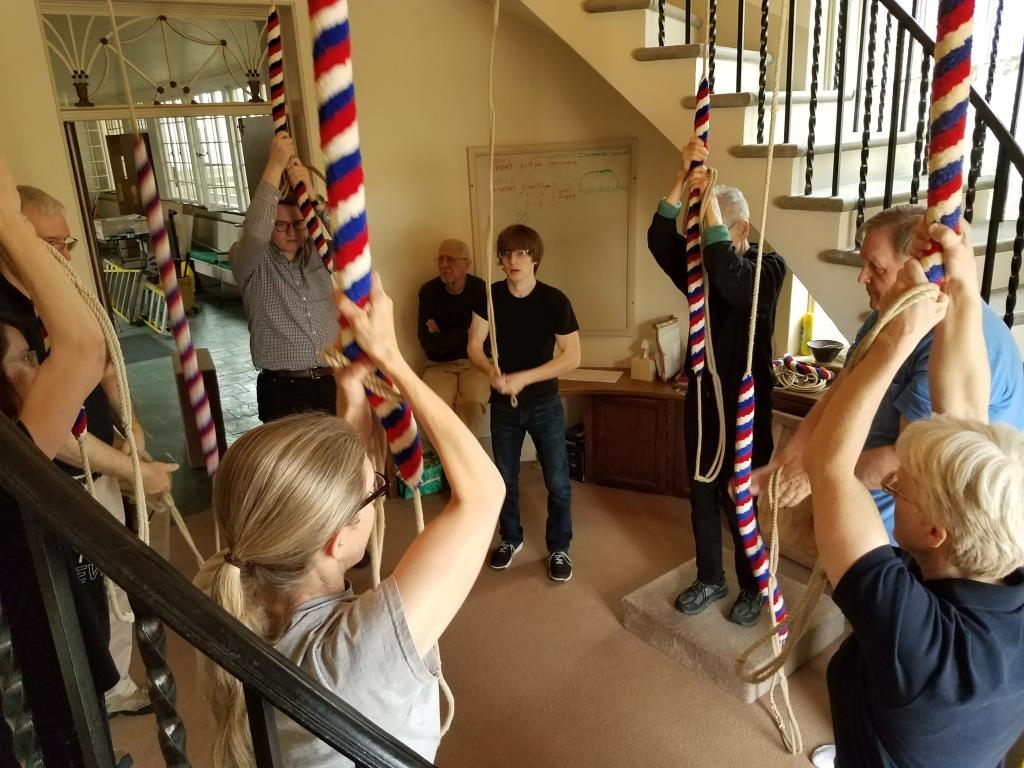 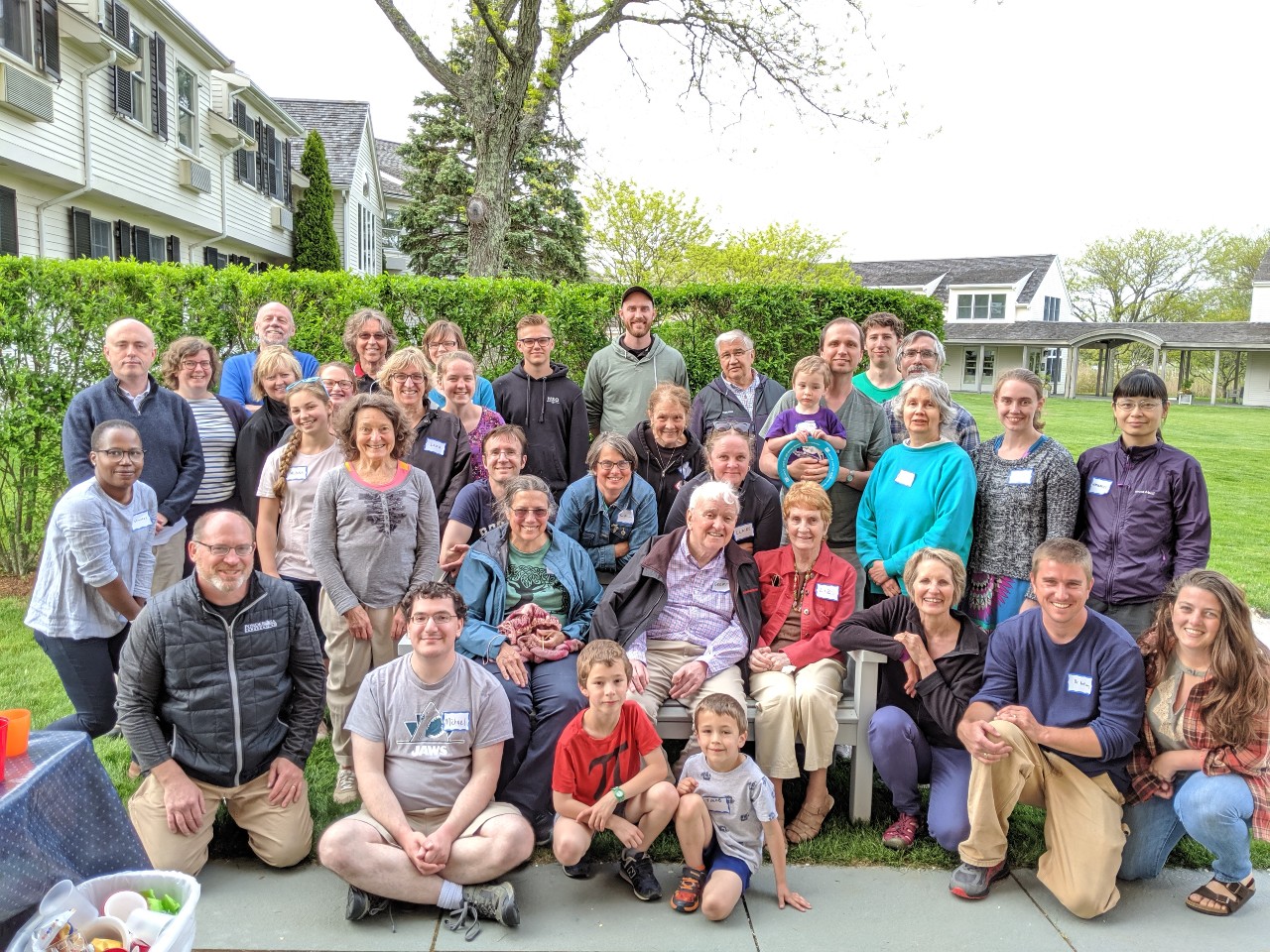 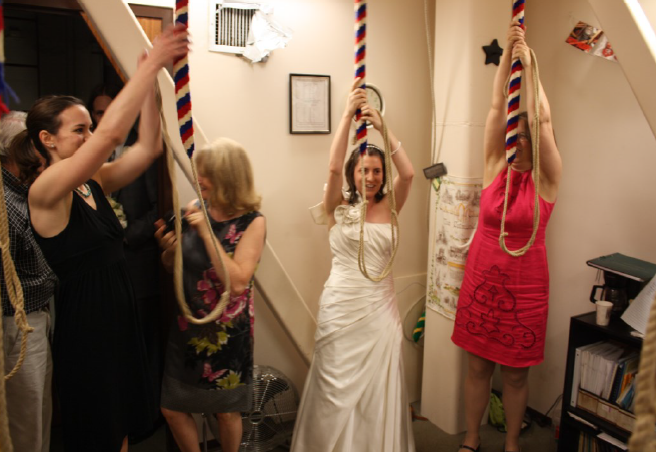 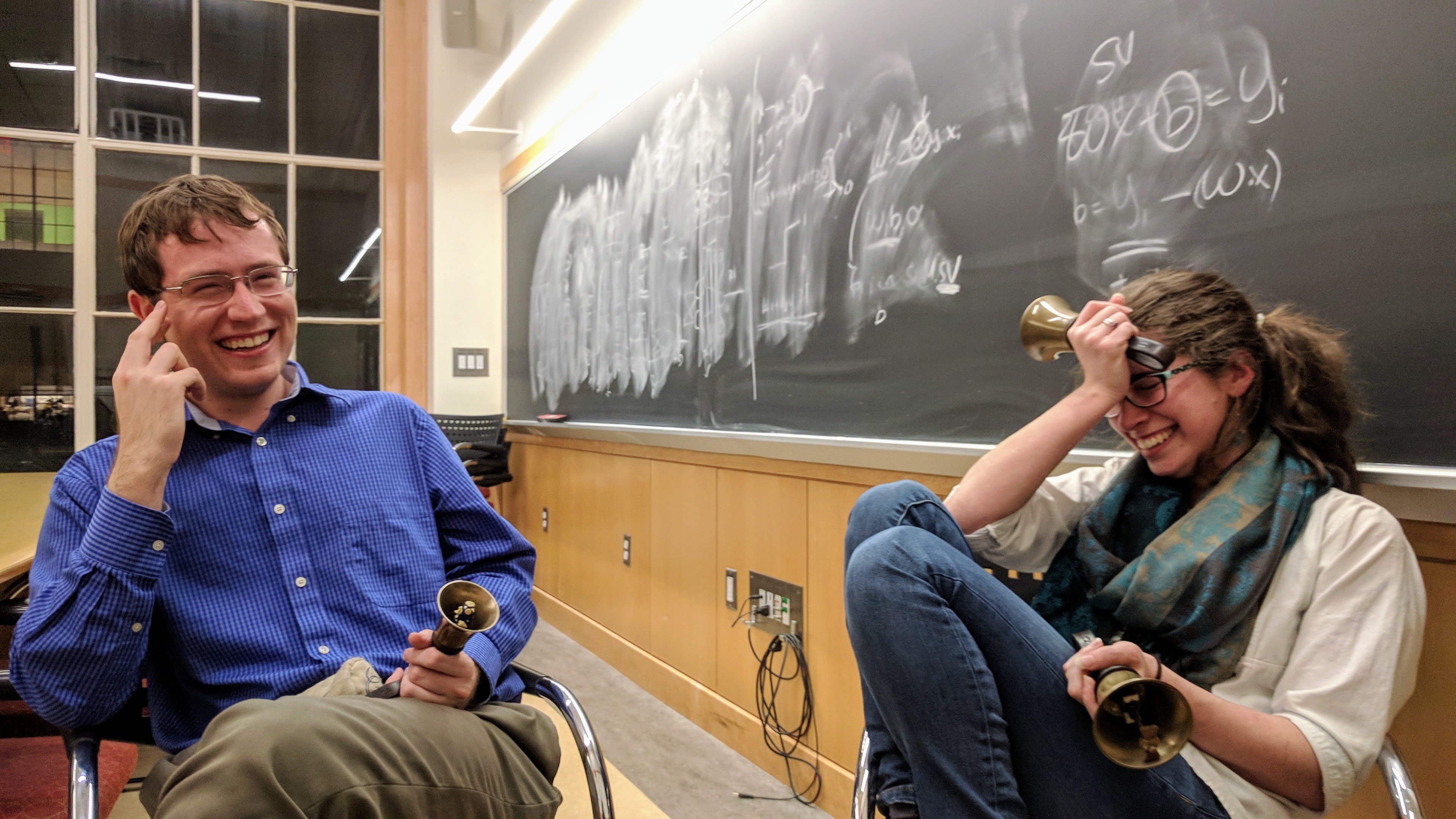 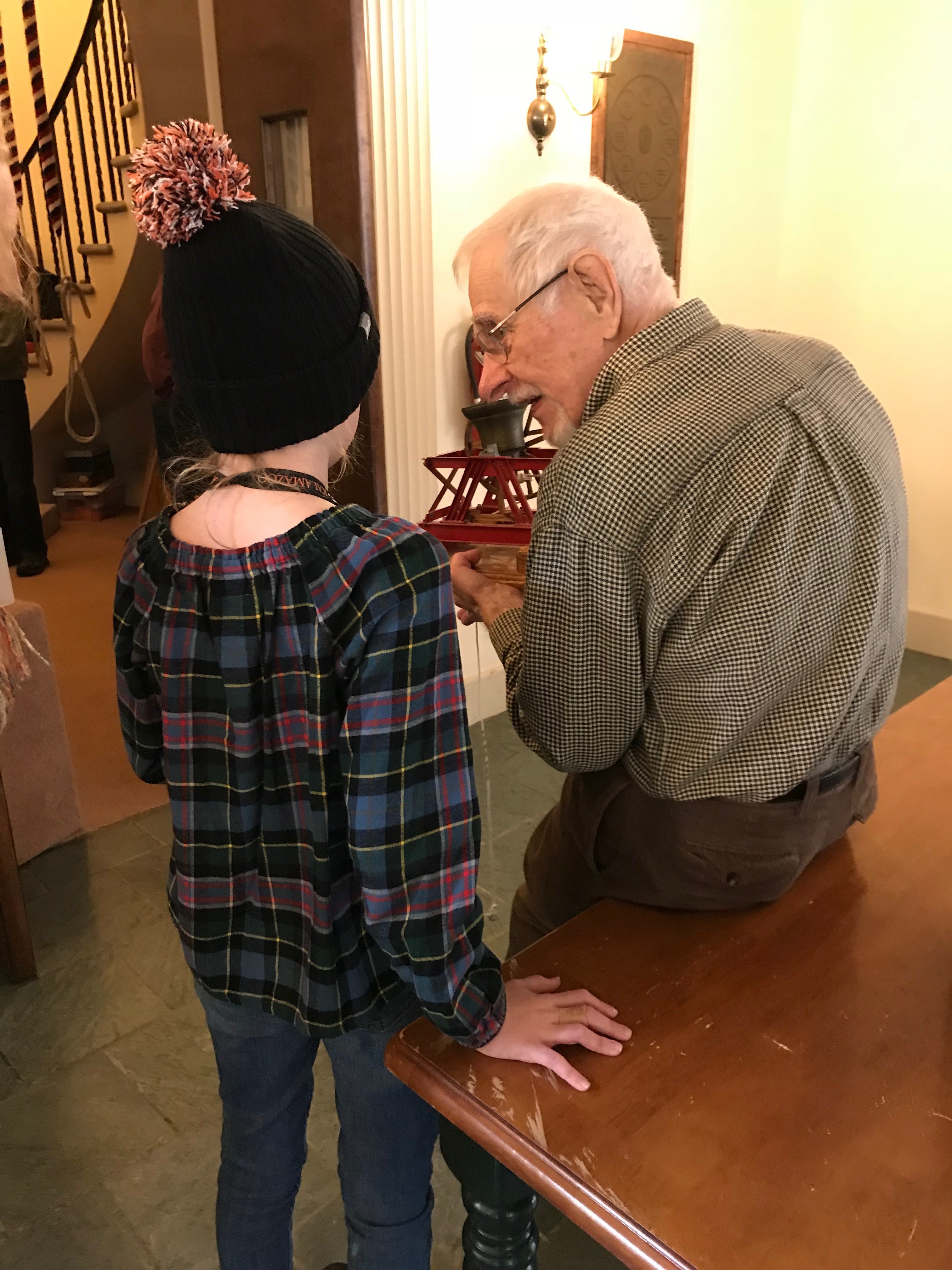 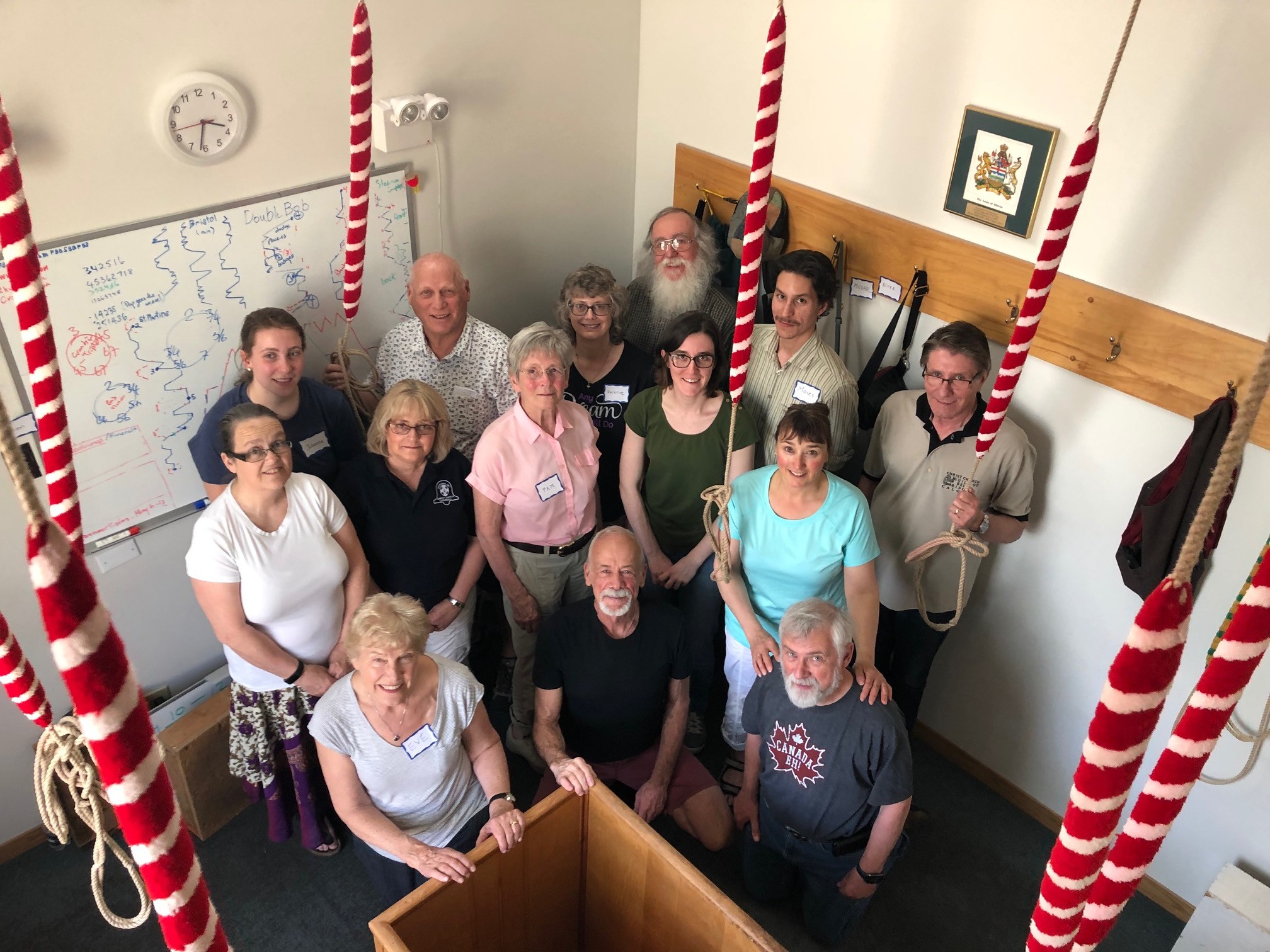 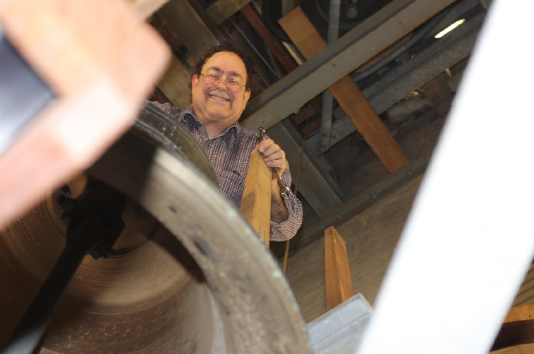 See All Issues (members only)

Ringing at many North American towers is suspended due to the COVID-19 pandemic, but virtual ringing opportunities abound!

The Brochure is Back

About the North American Guild

What is change ringing?

Change ringing is a fascinating hobby which originated roughly 350 years ago in England. It has something for everyone — dashes of music, physical exercise, meditative concentration, a sociable team sport, and a little math (optional) all put together. Groups of people cooperate to change the order in which they ring their bells according to a precise pattern.

Who are the ringers?

Bell ringers are all volunteers, coming to ringing from varied backgrounds and interests. Some of us are drawn to it by the sound, the physical challenge, the teamwork, or the mental challenge. But most of us stick with it because of the community. Find your local band to meet other ringers and give it a try! 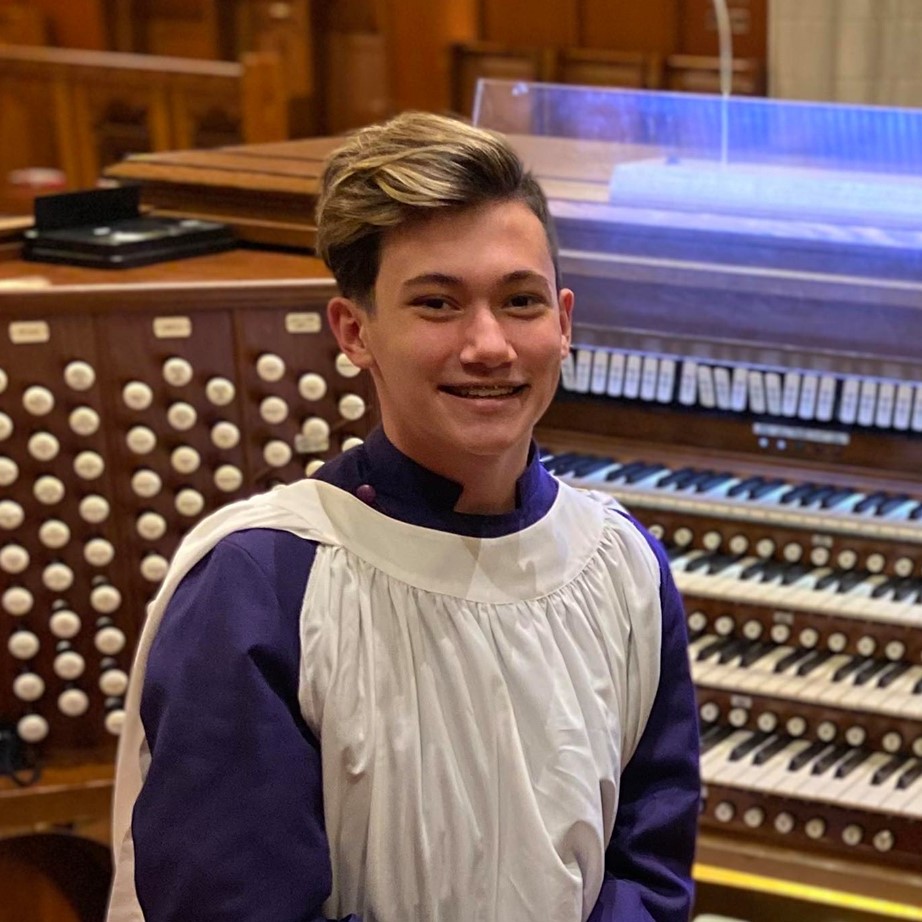 Field is a young ringer in Shreveport, Louisiana, who was one of the first recipients of the Jeff Smith Young Ringer Award. 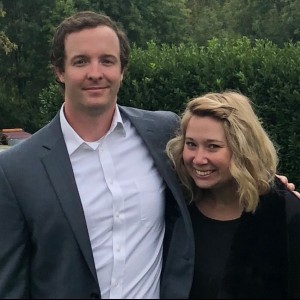 Symphony and Joe started ringing together in Marietta, Georgia, after falling in love with ringing on a trip to England. 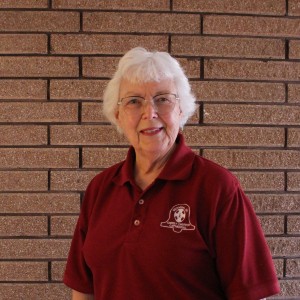 Faith is a retired social worker who has been ringing for 40 years in Victoria, British Columbia. 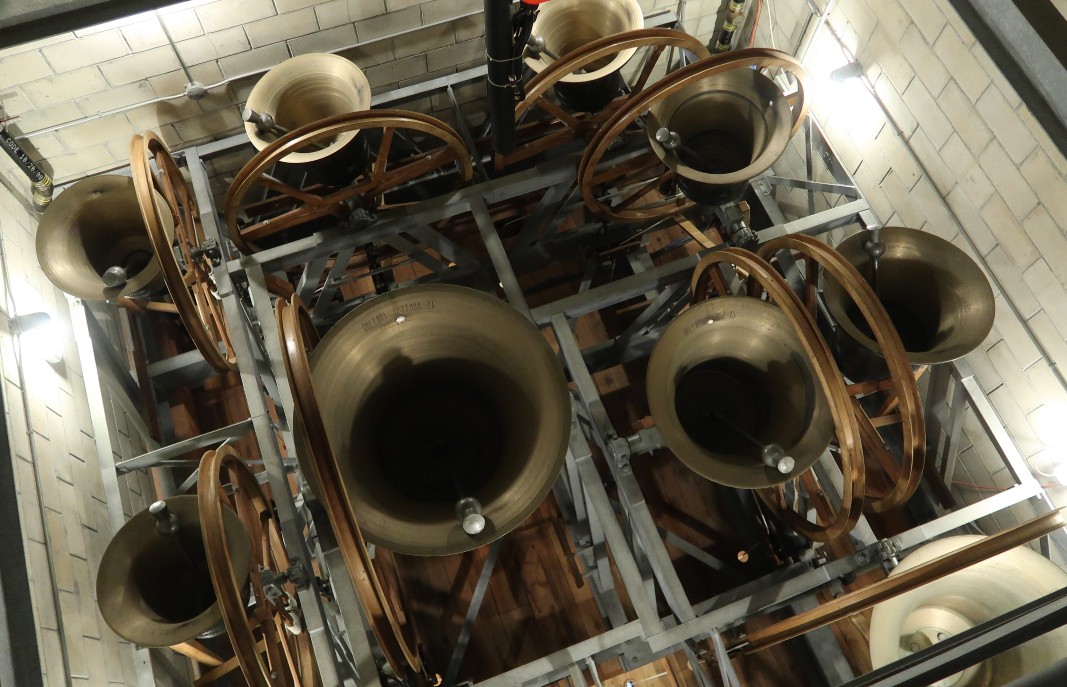 How does it work?

The bells are in a frame in a room above the ringers' heads. They are mounted on wheels and swing full-circle, from mouth up to mouth up. On each swing, by carefully manipulating the rope, a bell can be made to pause briefly or slightly vary its speed. A skilled ringer can time the strike on each swing to place their bell precisely in its place and to vary the place of that bell in the pattern.

Change ringing is also performed on handbells, with each ringer handling two bells.

Instead of traditional melodies, we ring patterns called "methods." It looks complicated, but there is a unique, elegant structure to each of them that make them fun and interesting to learn. This method, called "Oxford Treble Bob Minor," is often learned by intermediate ringers. We ring these methods from memory, which is not as hard as it sounds. 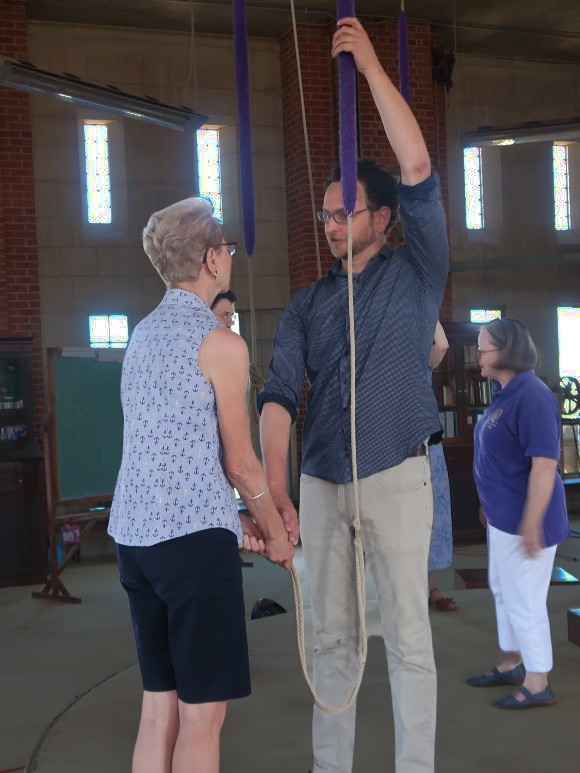 How do I learn to ring?

Learning to ring is as simple as contacting your nearest band. We are always eager to share our unique tradition with new friends. If you do not have a nearby band, there are ways for you to learn virtually.

In tower bell bands, you will begin by learning to control a bell with one-on-one instruction, and then work towards ringing methods with the group. Handbell bands will usually start you with basic methods in your first session.

What is the North American Guild?

The NAGCR is effectively the web that connects North American change ringers to each other and to other change ringers around the world. An all-volunteer organization, it

Just as importantly, the existence of this continental organization provides individual ringers, towers, and clusters of towers with the stimulation and support, both formal and informal, so valuable to the production of dozens of local and regional ringing events each year, the training of change ringing teachers, the improvement of ringing skills, and expanding awareness of change ringing among the general public.

How was the Guild formed?

There are records of English-style ringing in North America since at least 1744. See There Was Life Before NAG (new tab).

In the early 1960's, there were only seven active towers: In the USA at schools in Kent, Groton, and Chicago and in Canada at churches in Calgary, Mission, Vancouver, and Victoria. There were several other facilities with unused change ringing bells in various states of repair. Excitement about the installation in 1963 of change ringing bells at the new National Cathedral in Washington, DC, however, energized ringers around the continent and discussions about forming a guild to support, improve, and extend change ringing in North America began.

In late 1968 a peal was rung at the Groton School that the ringers present considered to have been the nascent event of the North American Guild. The official founding of the Guild did not occur, however, until the ratification of the constitution in the autumn of 1972 at which time 141 ringers became members. At that time there were 11 active towers in North America concentrated in the southwest Canada and the northeast USA.

We now represent several hundred ringers at about 50 towers and bands in the U.S. and Canada.