The Awkward Path to Publicity in the Chicago Tribune 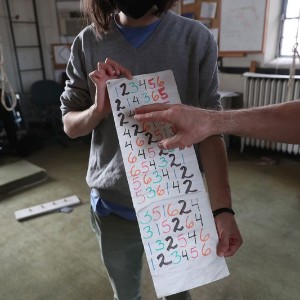 Chicago Tribune: Merry Christmas! Let the bells in the tower ring! U of C’s Guild of Change Ringers has been following a tradition — and getting on Hyde Park’s nerves — for generations (new tab)

In December, the Chicago Tribune ran a comprehensive lengthy story (new tab) with photos about the ringers at the University of Chicago in December. Tom Farthing, tower captain, shares his story of how the piece came to be and his thoughts on how it turned out.

Several years ago Chicago Tribune writer Chris Borrelli wrote an article about life in England - he was probably in England for the 2012 London Olympics and I think the article referred to bells, though he didn't know that he was hearing change ringing.  It led me to believe that he might be open to writing a piece about the Chicago ringers, so I sent him an email suggesting the idea.  I was pleasantly surprised when he responded and said he might consider it in the future.

In May of 2020 when online ringing was catching hold, I sent another email to Chris.  I figured the paper might welcome one group's positive response to the pandemic.  After a couple of email exchanges, he realized no physical bells were involved and the ringers were not in the same location.  He opted to wait until we were back in the tower.

In August of 2021, Chris sent me an email asking if we had started ringing in person yet.  The Chicago band had just started the previous week, so Chris and I started the process of finding a time for him to come for a visit.  With Chris' busy schedule and The University of Chicago's academic schedule, it took a couple months to find a date that worked.

October 30th worked well because it was a) our monthly open house, b) our monthly opportunity to ring on unsilenced bells, c) the day Laura Kang Ward and Bill Cummings were visiting after their ringing trip with me to the east coast, and d) the day Chris Borrelli could come.  We gave him full access as long as he was careful not to touch the ropes.  It's a tough task to understand change ringing in a couple of hours and then try to explain it to your readership.  Chris struggled with the task and I think that came through in the article.

A Tribune photographer came to our practice a month later.  He seemed to appreciate and enjoy the frenetic activity in the tower and took some great pictures and videos.  Several of the pictures focused on the ringers' eyes, which was very effective.

I wish the article had been more positive and focused more on the relationships among ringers that change ringing can foster.  Still, we are very happy to help raise awareness.  The article said, "Got it? No? Don't worry, once you finish this story, you'll never hear about change ringing again."  I sent Chris an email saying I am going to do my best to make that a false statement.  I signed off on that email as he had referred to me in the article, "Yours awkwardly, but kindly so".